These two have the kind of love people spend their whole lives searching for, and unfortunately some never find. The kind of love poets write about and singers record best-selling ballads about. They protect each other, and adventure together. They are somehow a simultaneous marriage of grounding each other, while lifting one another up. A “go with the flow,” while also building roots and planting seeds, kind of love. Gypsy souls but with each other to hold onto. 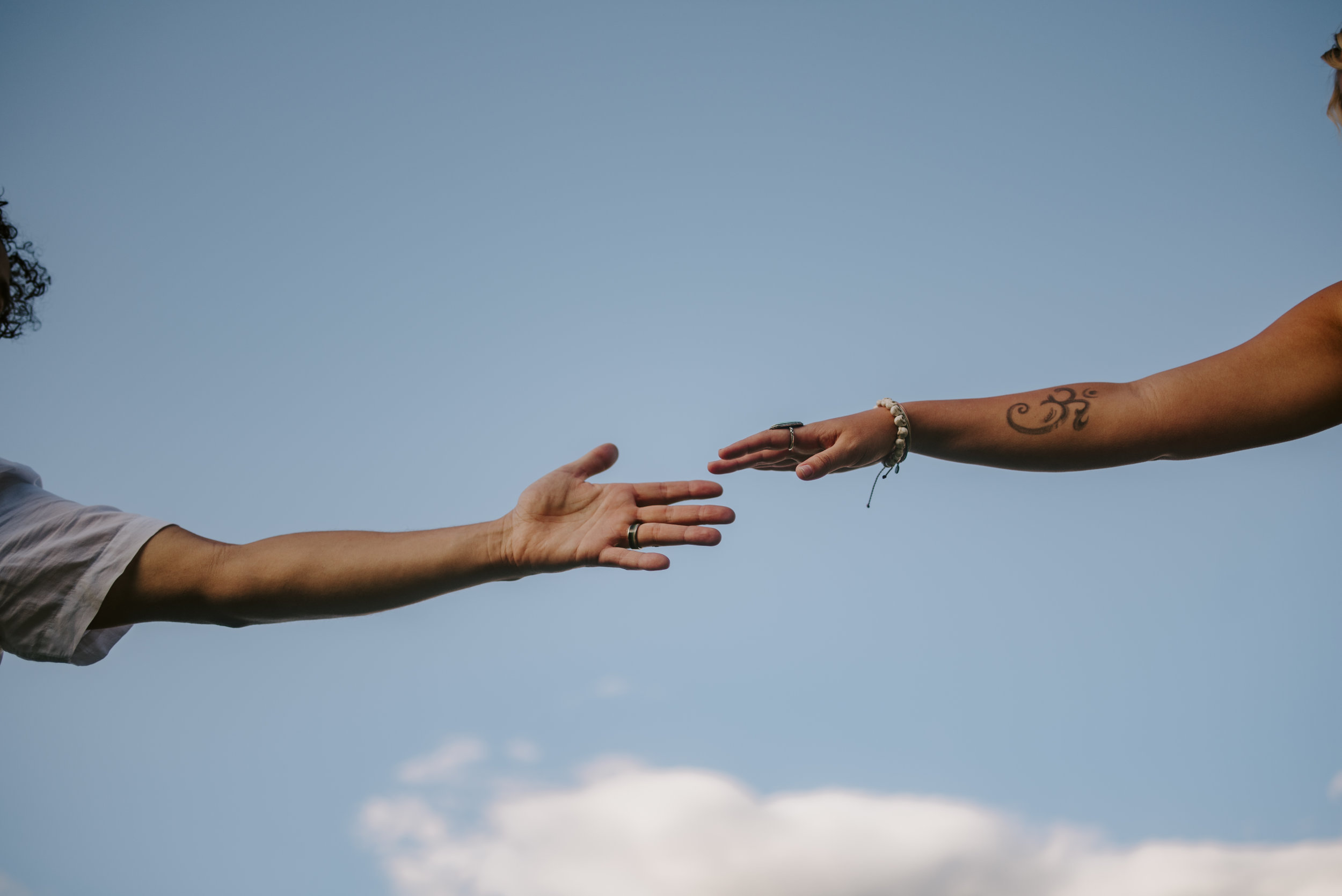 Denae and Stephen came to Glenwood Springs for an anniversary session with me and I could not have been more honored to capture it for them. I met Denae around TEN years ago (wow, does time fly or what?) when I was about 16 and in high school. When she met Stephen, I saw how someone could trust, love and respect a person in ways I didn’t think was even possible for some time. They just vibed and they worked. Everyone around them felt it, and I can remember being at dinner and watching as she blushed telling us all about him. 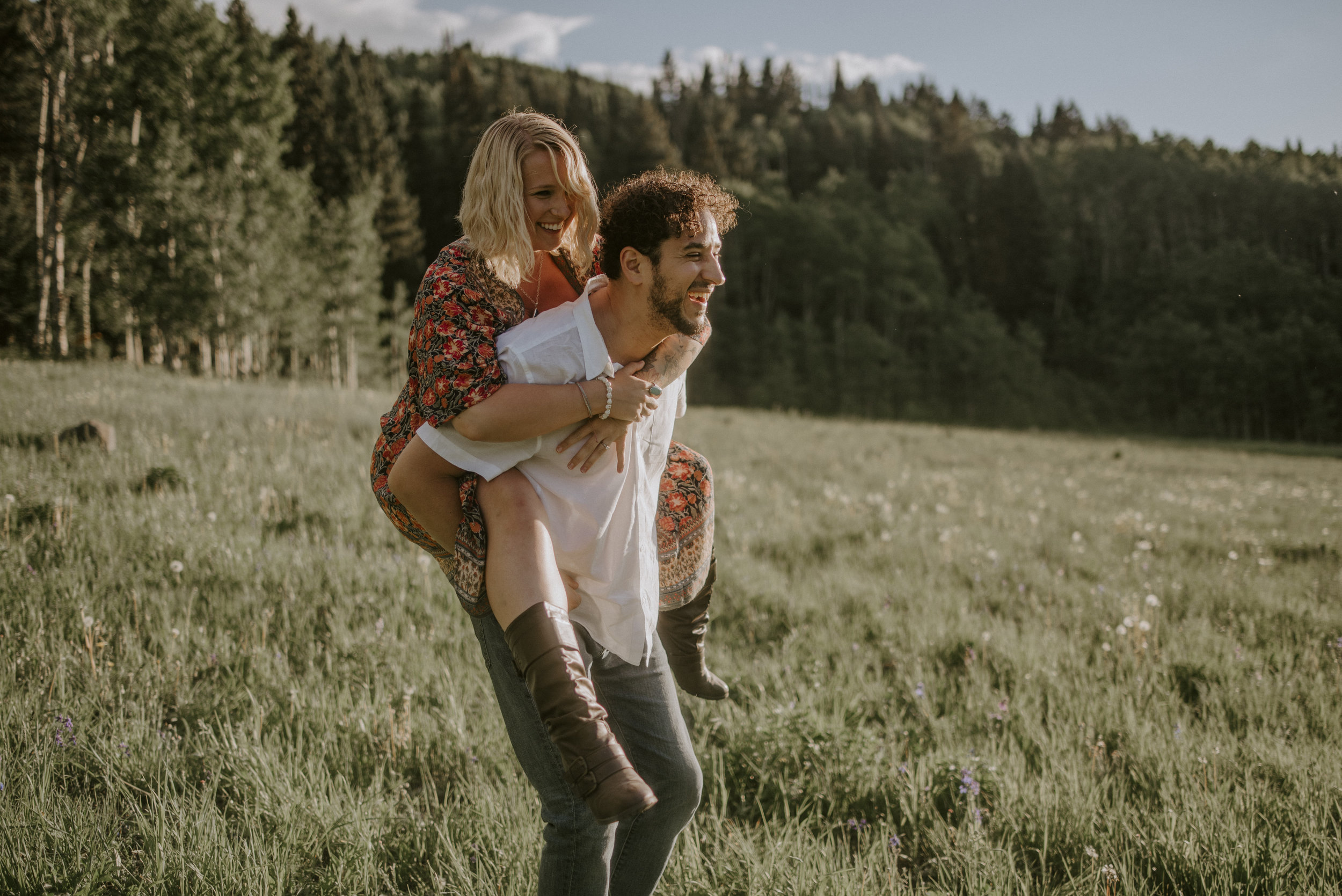 The pair got married in Costa Rica and unfortunately, weren’t so happy with their photos. Knowing just how epic their love was, I suggested an anniversary session in the beautiful mountains of Colorado at Golden Hour. I wanted to capture the light-heartedness I so admired about their relationship from when I was watching them from afar when I was younger, to how they have truly grown into a mature relationship that protects, trusts and looks to the future. I think we accomplished exactly that, and I am so in love with these photos and the incredible human beings in them! Not to mention they brought along their perfect little puppy, Jonesie, and if this isn’t the cutest little family of three you’ve ever seen then you are lying! 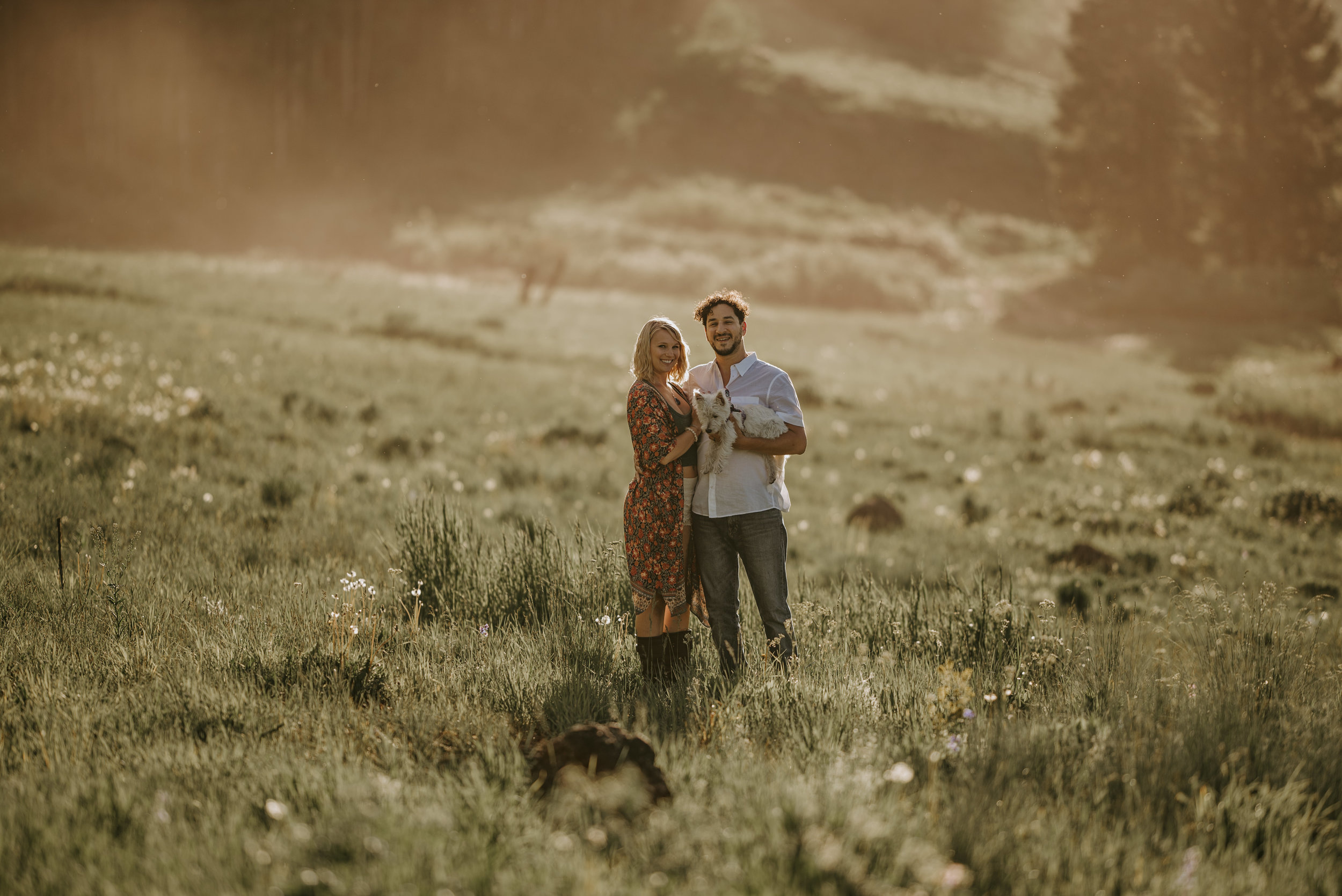 keep up with my shenanigans!